COURAGEOUS WOMEN - These stories are meant to inspire and encourage women to realize their true potential. 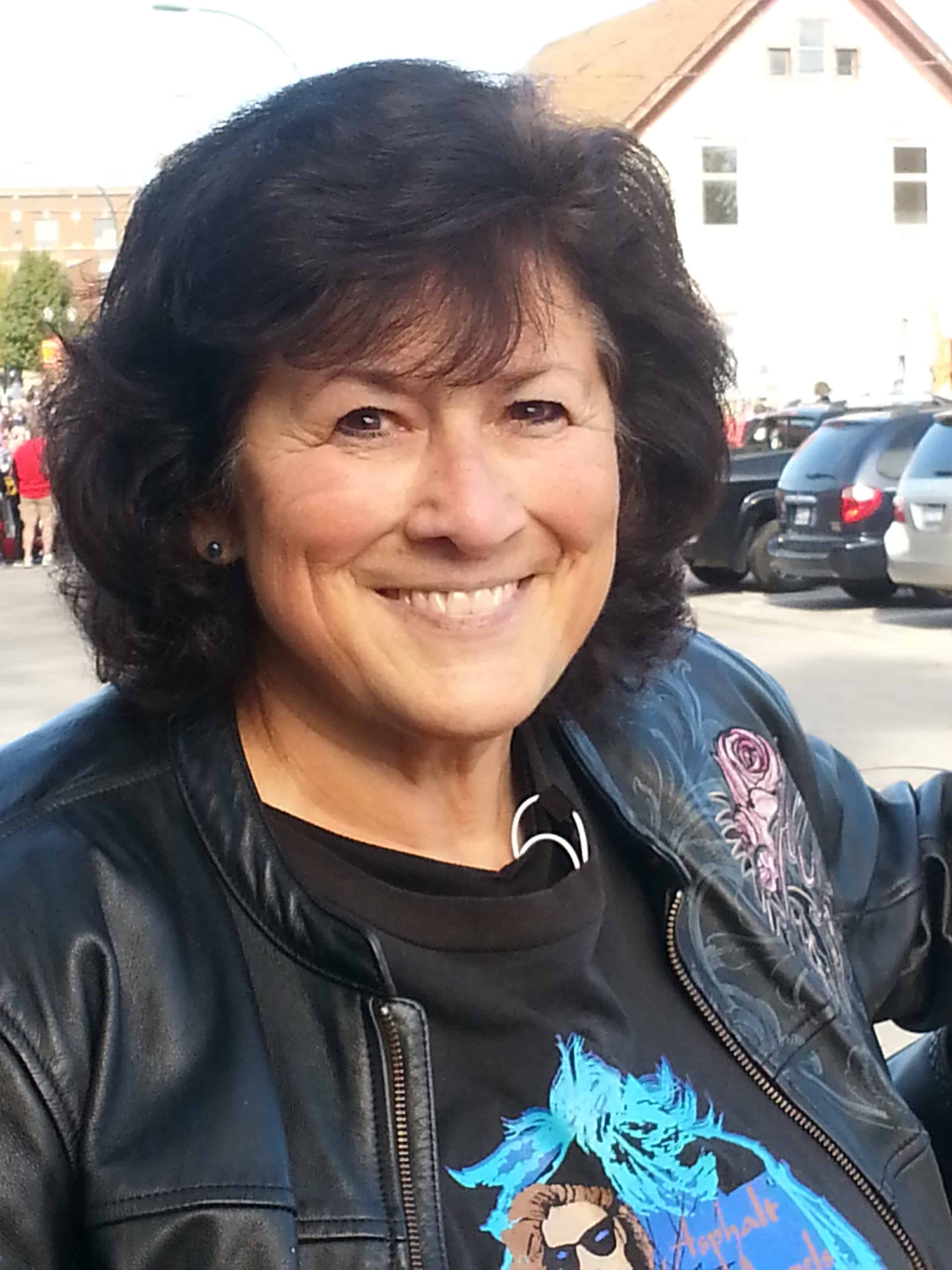 Jo Giovannoni began riding in 1967 in the Chicago suburbs, never dreaming that it would lead to her becoming the 5th woman inducted into the National Motorcycle Hall of Fame.

In the mid-1970s, Jo was very active in motorcycle rights and in 1983 she co-founded the second chapter of Women in the Wind (WITW), now an international group. In 1985, she co-founded Harley Women® Magazine, which was created for women motorcycle riders. Jo also started the Queen of the Hill Drag Race, an all-women all-Harley® drag race held during the Black Hills Motor Classic in Sturgis, S.D.

In 1991, Jo appeared in the film She Lives to Ride by Alice Stone of Filkela Films in Boston and was a guest speaker when the film debuted at the Chicago Art Institute. In 1992, Harley Women® Magazine, Jo and her former partner were included in the American Motorcycle Association’s Heritage Motorcycle Museum’s display on “Women in Motorcycling.” Jo also appeared on one of the Harley-Davidson® People collectors cards (similar to baseball cards) produced by SkyBox International.

In 2009, Jo’s world changed when she was hit by a distracted driver. Her accident led to her current position as an accident investigator for Hupy and Abraham, the creators of the “Watch for Motorcycles” campaign.

Jo had no idea that her first ride on a Harley-Davidson® as a teenager would lead her down so many fascinating roads and literally pave the way for her future as a journalist. New careers were formed from her new-found love of riding, which led to meeting celebrities, making friends worldwide and truly becoming self-taught. Nearly half a century later, Jo still rides, having accumulated nearly 500,000 miles on motorcycles and Lovin’ Every Minute of It!