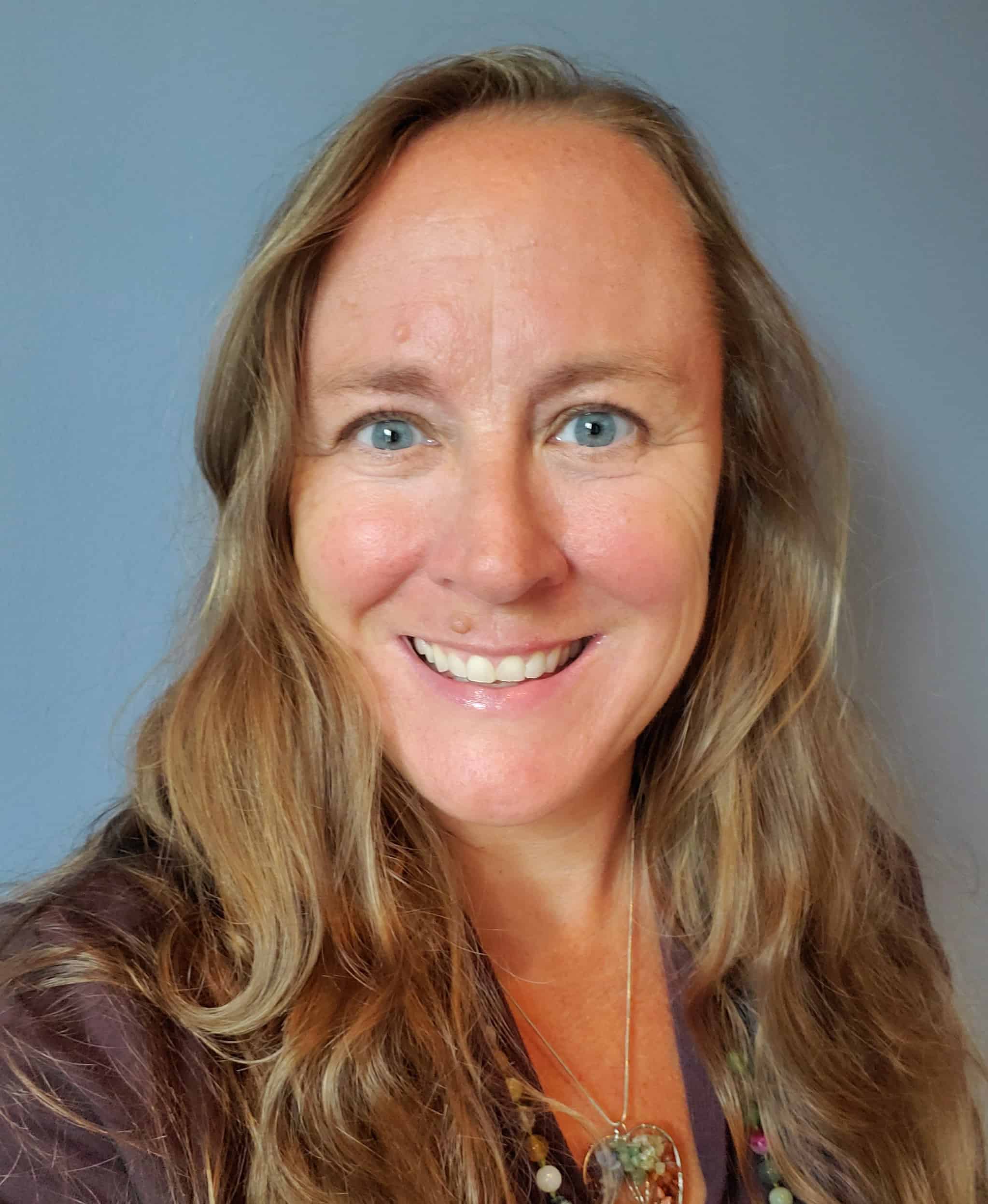 Jenny Bergold (Jagatjeet Kaur) started practicing yoga in 1999. She began teaching yoga in 2009. Jenny discovered that it calmed the body and strengthened the mind. Jenny has her 200-Hour Hatha certification from Heaven Meets Earth Yoga in Evanston, IL and her 200-Hour Kundalini certification from Spirit Rising Yoga in Chicago, IL. She is also certified in Prenatal, Restorative, Yin, and Radiant Child Yoga. Jenny’s classes focus on the mind and meditation, healing the body through asana, and uplifting the spirit through inspiration. Before teaching yoga, Jenny produced television programs for WTTW/Channel 11 in Chicago, IL and BATV/Batavia Access Television in Batavia, IL. She also has an extensive marketing and fundraising background. Her awards include two Midwest Emmys for Associate Producing ArtSafari and Trinity Irish Dance Company: One Step Beyond. Jenny lives in Elburn, IL with her mom, Kathy and son, Michael.

After the birth of Jenny’s son, she suffered from severe anxiety. Through a combination of therapy, medication, support from friends and family and yoga and meditation, she survived and is now thriving. Jenny teaches yoga to help others with mental illness.